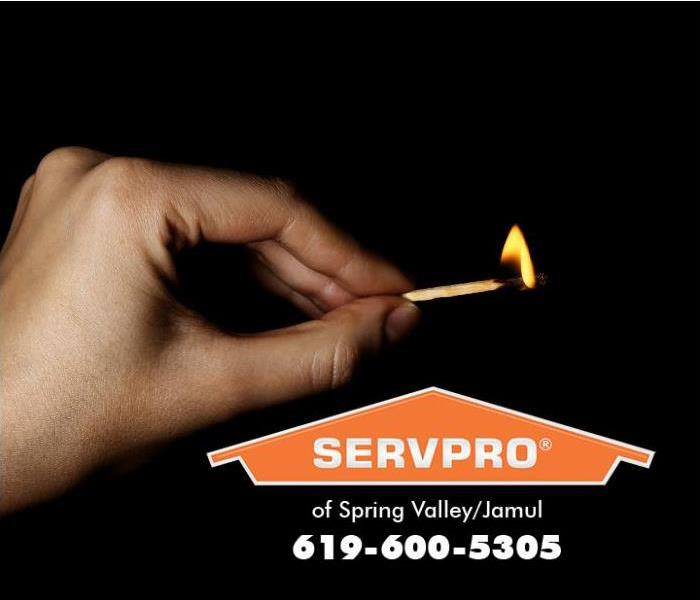 My neighbor’s garage caught on fire while they were out. Fortunately, we were home and saw the smoke and called the fire department. Another neighbor’s camera system captured a person on a bike riding off of the property a few moments before the fire broke out. The fire department determined the cause of the fire as arson. SERVPRO® of Spring Valley/Jamul responds to fire damage emergencies throughout the year in Spring Valley. Unfortunately, some of these fires were started intentionally. In a report published by the National Fire Protection Association:

When you need fire damage restoration services for your Spring Valley home or commercial business, SERVPRO® of Spring Valley/Jamul is Here to Help. ® Our technicians will restore your fire damage, “Like it never even happened.” Call us today at 619-600-5305.

Franchises are Independently Owned and Operated.